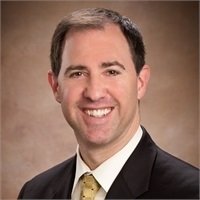 Jason moved to Central Florida from Miami in 1987. An avid soccer player since the age of 8, he continued playing at Lake Brantley High School and graduated in 1991. He went on to attain his undergraduate degree in Sociology from the University of Florida in 1995. After a discussion with a mentor, Jason changed paths and attended business school at the University of Central Florida. Very early in his business curriculum, the Finance Department hired him to teach undergraduate Finance students. Jason loved teaching and continued to do so until the day he graduated with his MBA in 2000.

Jason then began his financial career in the banking industry, gaining experience in Commercial Lending and Private Wealth Management. Upon extensive evaluation of how he could have the biggest impact in the lives of those around him, Jason joined the SmartWealth team in 2008. He takes pride in the relationships he builds with his clients, who know their best interest is Jason’s top priority. He thrives on educating his clients—just like he educated students—while tackling their most pressing issues.

He married the love of his life, Erika, in 2006. They love to travel, eat delicious food, and laugh. Above all else, they enjoy watching their two sons Asher and Ethan succeed in the classroom and on the soccer field. They have the same love for the sport that Jason has. In fact, Jason can still be found “doing his best” in the adult soccer league he participates in with other dads.

Jason cares a great deal about the community in which we live and work. In the past, Jason has served on the Board of Directors for the local JCC and on the campaign cabinet for Heart of Florida United Way, and he continues to be active with the UCF Alumni Association, volunteering regularly. For his history of community service, Jason received a Jefferson Award for Public Service at a ceremony held at UCF.